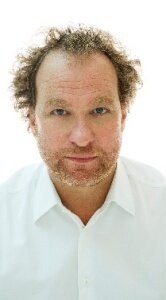 studied singing in Munich, Detmold and Hamburg, is a prizewinner of the Belvedere Competition Vienna and has been a guest at a number of renowned national and international opera houses for many years. His great musical curiosity gave him an early reputation as one of the singers with the most interesting repertoire in his field.

In recent years he made his debut with great success at the Munich State Opera in a new production of Zimmermann's Soldiers as Mary (Kirill Petrenko / Director: Andreas Kriegenburg). He also took on this role at the Teatro Real Madrid in 2018. At the Munich Opera Festival in the summer of 2018, he will make a guest appearance in the world premiere of Nikolaus Brass' "Die Vorübergehenden" with the role of the father.

He sang the Kommerzienrat in Intermezzo (Strauss) at the Theater an der Wien, Tschekunoff and Don Juan in Totenhaus at the Staatsoper Hannover, Panthée / Mercure in Les Troyens at the Staatsoper Stuttgart and Hans Zender's Chief Joseph as well as Dr. Vigelius in Schreker's Der ferne Klang at the Berlin Staatsoper Unter den Linden. At the Leipzig Opera he sang in Luca Lombardi's Dmitri and Schönberg's Von heute auf morgen, at the Nuremberg Opera prospero in Luca Lombardi's Der Sturm, the Semperoper Dresden experienced him as Jupiter in Strauss' Die Liebe der Danae. In 2013 he made his debut in Georg Friedrich Haas' world premiere of the opera Thomas with the role of Matthias at the Schwetzingen Castle Festival. Further guest performances have taken him to the Ruhrtriennale, the Volksoper Wien, the Teatro Real in Madrid, the Opéra National de Lyon, the Deutsche Oper Berlin and the Deutsche Oper am Rhein. In 2011 he made his debut in Carmina Burana at the Munich Opera Festival.

The singer is also very interested in the Baroque repertoire. He has participated in scenic productions of Filosofo Nella Campagna, Serva Padrona, Serva Scaltra, Pimpinone, Almira, Saul and Jephta and has performed with orchestras such as the Freiburg Baroque Orchestra and the Akademie für Alte Musik Berlin. 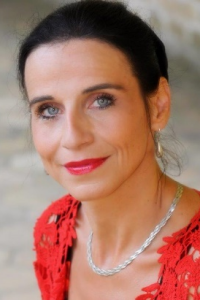 sang since early childhood and since the age of 6 received a comprehensive musical education in piano playing, solo and choral singing, music theory and history. She studied singing and pedagogy at the Musikhochschule Leipzig, and is still supervised by KS Brigitte Eisenfeld. After permanent and guest engagements on many German-speaking stages, she turned to concert singing and has since played internationally with the most famous orchestras and conductors. An extensive discography is available. She researches the human voice, its natural sound, breathing blockages, the solution of physical armor, and passes on her knowledge of voice revelation and historical singing technique with great pleasure in individual lessons, choral seminars and master classes. She also lives her motto "Every person may experience the joy of singing in himself, singing makes her happy and healthy" by founding the Aus-Freude-Singen-Chor in Potsdam, which constantly enables people of all kinds to experience singing together and to solve pathogenic tensions. Christine Wolff was honored in 2012 as the youngest Kammersängerin in the state of Brandenburg. 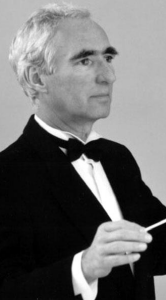 Camerata Nova and the choir of the University of Szczecin. Several times he took

at international seminars for conductors in Bulgaria, Iraq, Germany,

Italy and the USA.

He has been a member of juries of international choral competitions in Greece, Germany and Italy. The competition cantateBach! accompanies him from the beginning.

Together with the groups he leads, he has performed at festivals and concerts in most European countries and in the USA. Eugeniusz Kus was director of the Castle of the Pomeranian Dukes in Szczecin until the end of 2007. In 2012 he was awarded the Federal Cross of Merit 1st Class. 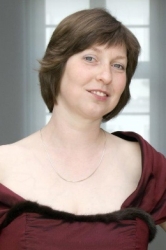 born 1968 in Leipzig, studied concert guitar at the Hochschule für Musik "Felix Mendelssohn Bartholdy" Leipzig from 1988-1993. She then studied singing at the Institute of Music at the University of Magdeburg and completed her studies in 1999 as a diploma music teacher for guitar and singing. From 1992-2002 she taught both subjects at the Magdeburg Conservatory and has been a lecturer in singing at the Institute of Church Music and Musicology at the University of Greifswald since May 2002. Her active concert activity as a freelance singer concentrates primarily on the areas of early music, oratorio and song singing. Concert tours have taken her to Poland, Austria, Italy, France and the USA. 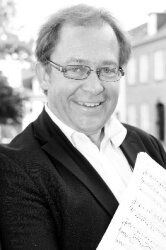 born in Emsland in Lower Saxony, grew up in Bad Zwischenahn, first studies and C-church music training in Oldenburg/i.Ol. at LKMD Dieter Weiss.

From 1997-2002 cantor and organist in Stralsund, from 2002 cathedral organist in Greifswald and regional church music director, first of the Pomeranian Evangelical Church, from 2009 also of the Evangelical Lutheran Church of Mecklenburg, since 2012 in the Sprengel Mecklenburg and Pomerania in the Evangelical Lutheran Church in Northern Germany. In 2011, the Ernst Moritz Arndt University of Greifswald awarded him an honorary professorship. Frank Dittmer is a regular juror at choir competitions, including the German Choir Competition. Radio recordings on WDR and NDR as well as CD recordings document the artistic work. Concerts at home and abroad.